India is the place for so many Royal cities and Buildings which depicts the Royalty of Indian Kings. Not in one at different places different Royal Buildings are there with unique architectures. These Royal buildings of India is a symbol of Indian King’s wealthiness and prosperity. Among them, one of the Royal Palace in Udaipur is the Taj Lake Palace. It is one of the best luxurious Palace in all over the world located on the island of Pichola Lake, Udaipur. 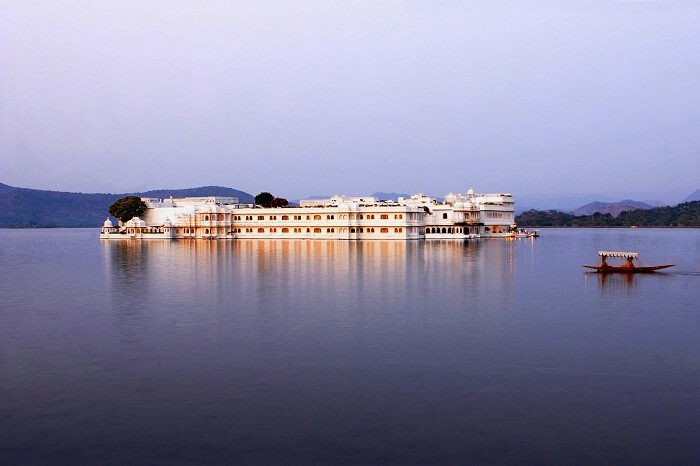 The Taj Lake Palace is the best tourist spot for Royal families in all over the world. It was completely made of white and black marbles. The luxurious arrangements of Taj Palace will make think about the Richness of Indian Kings.

Overall this Palace is included with 66 rooms and 17 suites. Different rooms available here are Luxury rooms and Palace Rooms which are filled with royal Indian decor and floral motifs.

Different suites are Historical Suite, Royal suite, Grand Royal Suites, and Grand Presidential suite. These are the suites available and each suite is famous for different architecture models.

The architectural view of this Palace reflects the Indian culture and royalties. The rooms and suites in this Palace are so luxurious with all equipment what we need. There are a beautiful inner lake and spa treatment for the best recreational time. From the boat you travel to Palace is completely royal and grandeur look. In India for every Palace there will be a back behind history in the same way this Taj Palace also holds the history of Maharana Jagat Singh II.

In the 17th century, the Western provinces of Udaipur in Rajasthan were home to the great Maharana Jagat Singh II. He ruled Udaipur from 1628 to 1654 as the 62nd successor of royal Mewar dynasty.

In the center of the Pichola Lake, a natural foundation of 4 acres of rock around of 16,000 sq ft was used to build summer palace by Maharana. Later it became tourism of Udaipur to almost three countries.

This Palace nearly has taken three years to be completed from 1743 to 1746. It was named as Jag Niwas after that who commissioned it. Maharana is a close friend of Shah Jahan at that time and fan of Mughal architecture. He ordered the craftsmen to build the Palace using Mughal architecture models.

The facing of this Palace is towards East to allow the sunlight and to pray the god Surya in Hindu myths. This palace was used as summer durbars for so many years under the rule of Mewar dynasty. 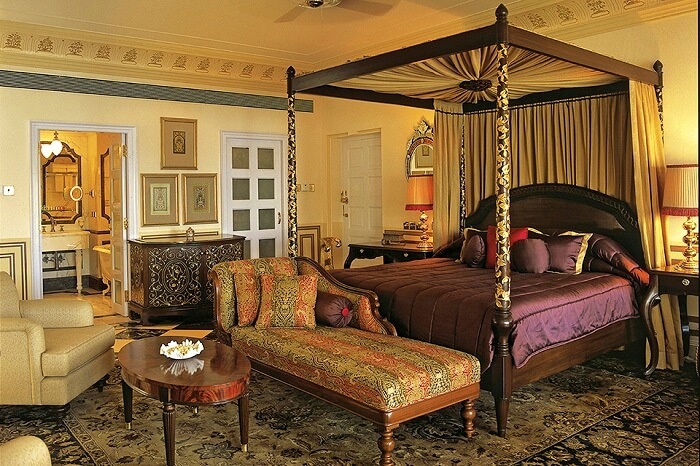 In the 19th century the Palace was completely neglected and going to ruin. In the 1960’s India was established as democracy country many dynasties was overruled. During this time Maharana Bhagwat Singh converted Jag Niwas into Udaipur’s first luxury hotel to save it.

Finally, in the year 1971 it was taken by the Taj Hotels and Resorts. They completely changed the palace by adding another 75 rooms and made it as a 5-star standard hotel. In this way, Maharan’s summer palace was formed into one of the best luxurious resort in Udaipur, India. The interior parts of this Palace are equipped with different architectural models and well-designed furniture, marble floors etc. The different luxury rooms and suites in this Palace is the best iconic view of Mewar architecture.

The famous interior Ornate lake in this Palace is the center of attraction to the Taj Lake Palace. The architectural view of this lake is so outstanding and beautiful. This Lake is the best place for tourists to have a party for their events.

One of the most attractive suites in this Palace is the Maharana suite which is completely covered with red and blue stained glass windows. This suit has a beautiful living room and windows for the best view of the City Palace.

In this Palace, there was also a large private deck which makes you go for a sunbath and scenery view of Pichola Lake. Another room which is famous for tourists to stay in is the Queen’s Room. This room is full of architectural designs of animals and a massive swing for recreation time. This are the best rooms and suites in this Palace to stay.

The best unique and attractive place in this Palace is the royal spa treatment. The Spa in this Palace is known as Jiva and it offers several treatments like Indian therapies, body rituals, and spa indulgence etc. Actually, old-fashioned wooden ship in this Palace was converted into spa boat by Taj recreation team.

Finally, the Taj Lake Palace serves its best recipes. The food recipes available here are so tasty and delicious for food lovers. Interiors of this Palace are so luxurious and fine place for Mewar architecture.

The hotel provides totally 66 rooms and 17 suites. The rooms are so luxurious and the suites with a magnificent view of Lake Pichola, City Palace and courtyard.

Some other facilities of this Palace are a very close shopping mall and 30 minutes far away from the domestic airport. You can go for a boat ride on Pichola lake to enjoy the presence of Pichola Lake. This facility will be provided by Taj Lake Palace.

Here car rental services are available to any place and currency exchange also into any currency. Other services mean safe deposit lockers and 24-hour laundry etc. These are the services and facilities provided by the Taj Lake Palace.

How to Reach Udaipur

Nearest Airport in Udaipur is Maharana Pratap Airport which is about 22 km from the city. This Airport is well connected with other cities of India such as Delhi, Mumbai, Jaipur, Kolkata and others.

Udaipur is the famous city of Rajasthan and well connected with other cities of Rajasthan as well as India. Deccan Odyssey Luxury Train is one of the best ways to make your vacation amazing and luxurious.

Udaipur has connected by road to major cities in India. Udaipur Bus Stand has regularly connect with private buses which connecting Udaipur with all nearby cities including Jaipur, Delhi, Indore Chittorgarh, Ahmedabad, Ajmer, Kota and Mt. Abu

The best ever Palace in Udaipur means it will be Taj Lake Palace only. It is the best tourist recreational and luxury spot for a vacation. Mostly this Palace was an iconic symbol to rich families to visit.

Planning a luxury trip to Udaipur, you can take a trip to Deccan Odyssey Luxury Train which makes your journey memorable and exciting.  Book your tickets now!!!

Indian Odyssey, Indian Sojourn these are the two famous journey of Deccan Odyssey which covers the beautiful destinations of Udaipur – City of Lakes. Top 20 Interesting Things to do in Jodhpur 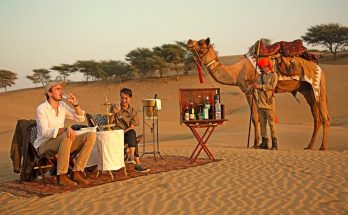 imygmsqd - Most Beautiful and Impressive Railway Stations in India

Thank you a bunch for sharing this with all of us you actually recognise what...

LickelonVex - 10 Famous Trains which makes India to be Proud