And while the train journeys In India have always led us with a pleading kind of an experience, there are certain railway stations across the country that could be included in the list of tourist destinations. Some of these stations do hold a great heritage value followed by some of the amazing architectural style and simply located in picturesque locations. Through our blog post today we have successfully compiled the list of India’s most beautiful and impressive railways stations till date. Let’s have a look at them below.

Built in the year 1854, the Howrah Station is one of the oldest in India. This is a Railway station that is located on the banks of River Hooghly and is linked with Kolkata through the Howrah Bridge. This is also believed to be one of the highest train handling capacity in India with 23 different platforms to serve. 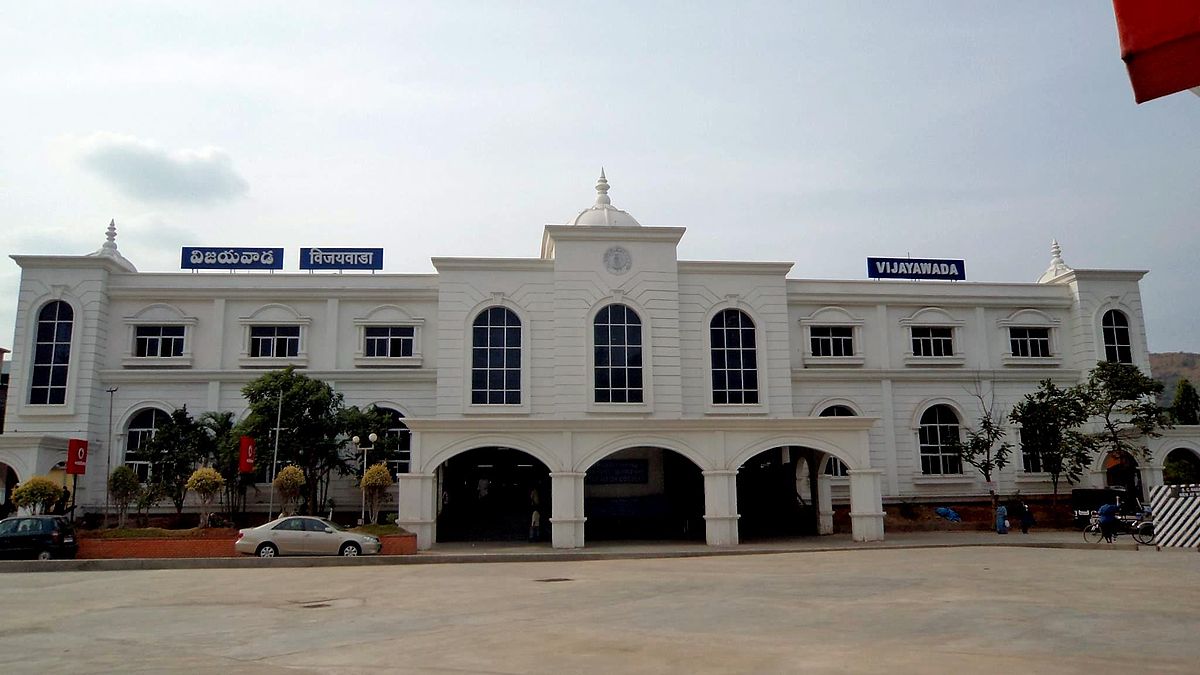 Also Read : 15 Most Expensive Trains in the World 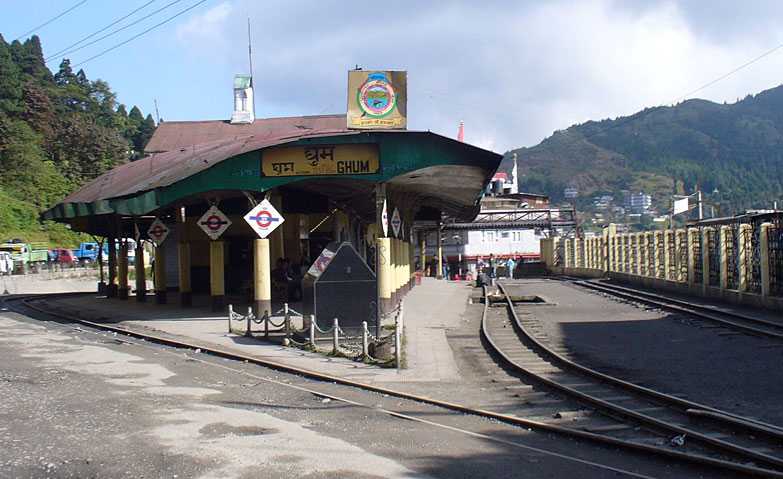 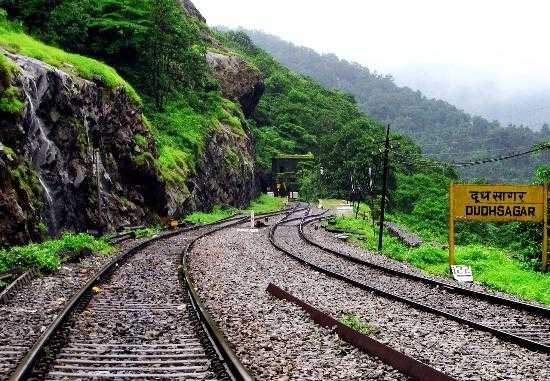 When it comes to the natural beauty it’s the Dudhsagar steals the entire show. With its majestic the Dudhsagar waterfalls on the left of the railway station giving the most beautiful view of Goa. It is not just great to treat the eyes of the travellers but also resembles a grey track that generally running through the lush greens all around. 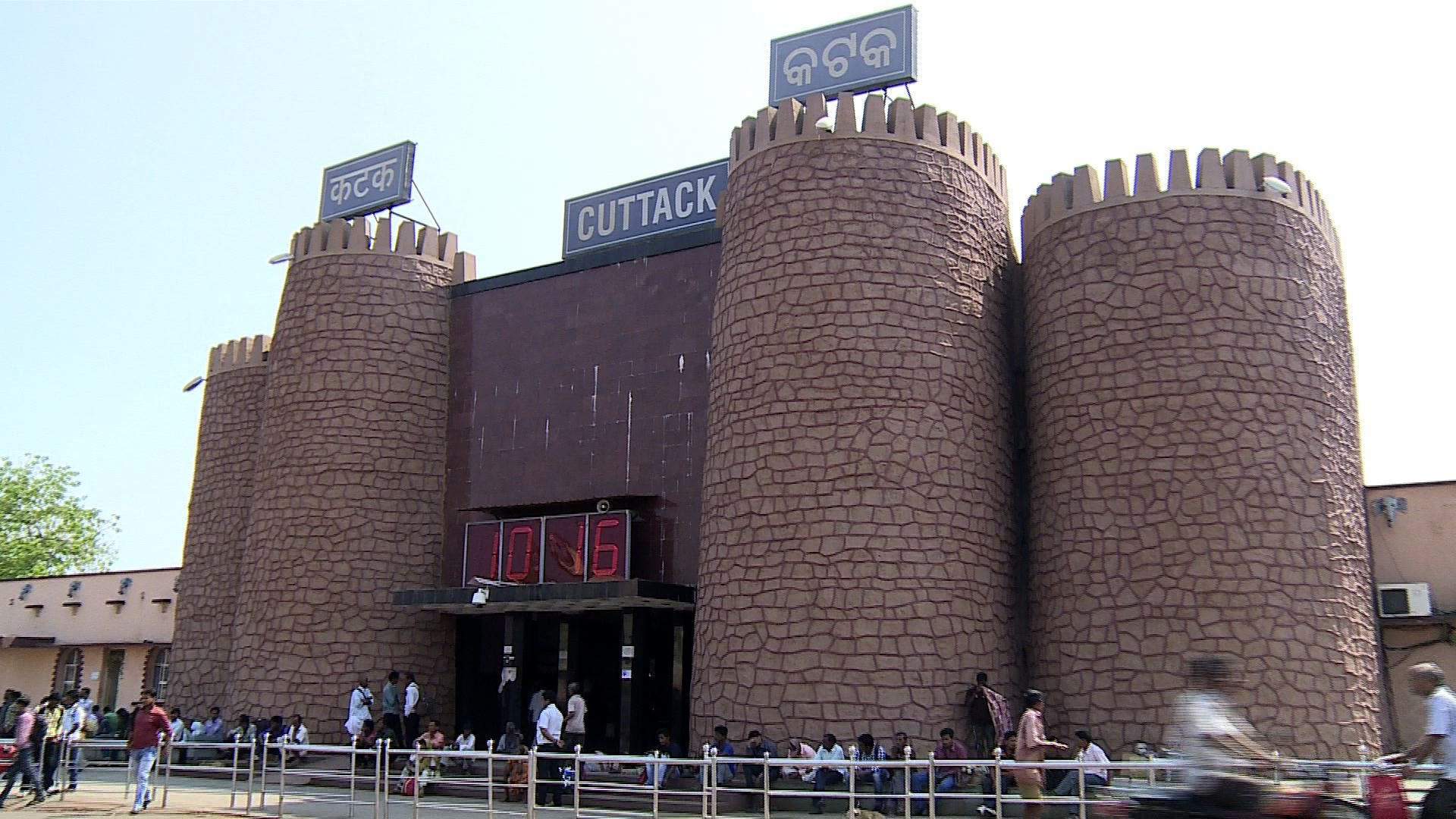 The Cuttack Railway Station in Odisha will look to be nothing in front of you when you actually look at it for the very first time. This is a railway station that is known to be having amazing architecture from the different parts of the world, followed by the unique look of this railway station that it generally gets from the inspiration from the Barabati Fort. The Barabati Fort is famous is one of famous monuments of the 14th century located in the Kalinga region of Odisha. 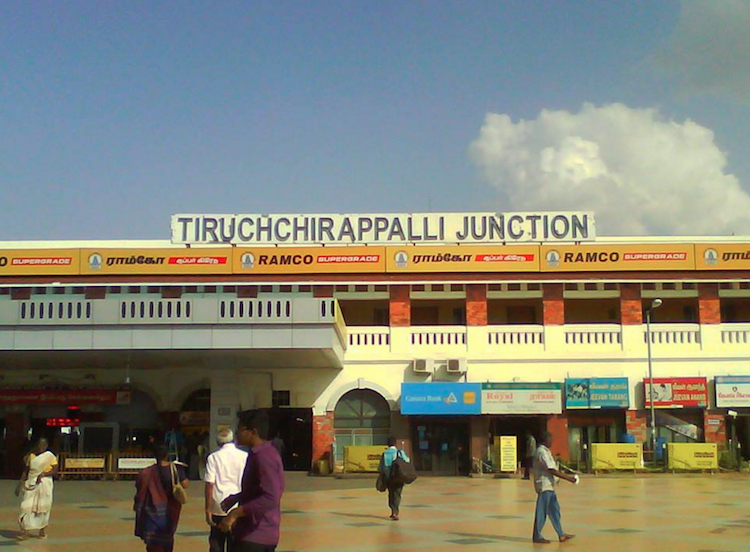 The Tiruchirappalli junction is generally believed to be one of the second biggest and busiest railway junction of Greater Southern India, followed by being one of the most prominent landmarks in the city that is often featured in certain movies. 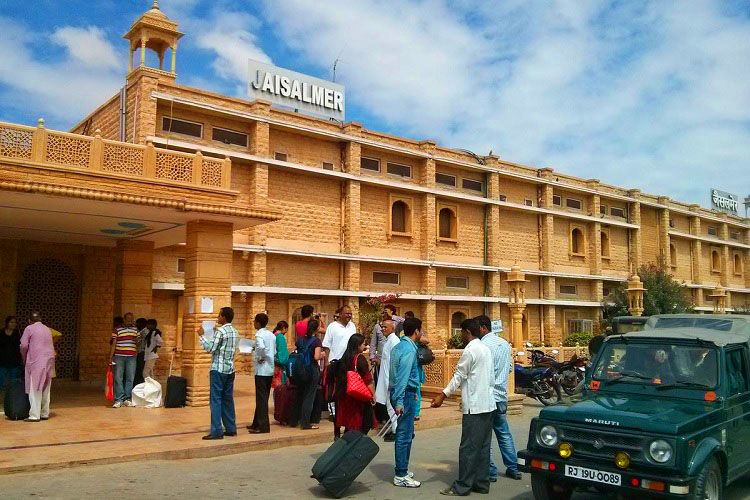 Jaisalmer Railway Station is even today considered to be one of the most beautiful railway station and home to India’s most luxurious trains. The Jewel of desert, and nicknamed as the golden city generally lies in the heart of the Thar Desert or say the Great Indian Desert. Jaisalmer is the most beautiful city of Rajasthan. This city is rich in culture, history, cuisine, shopping destinations and many other attractions. 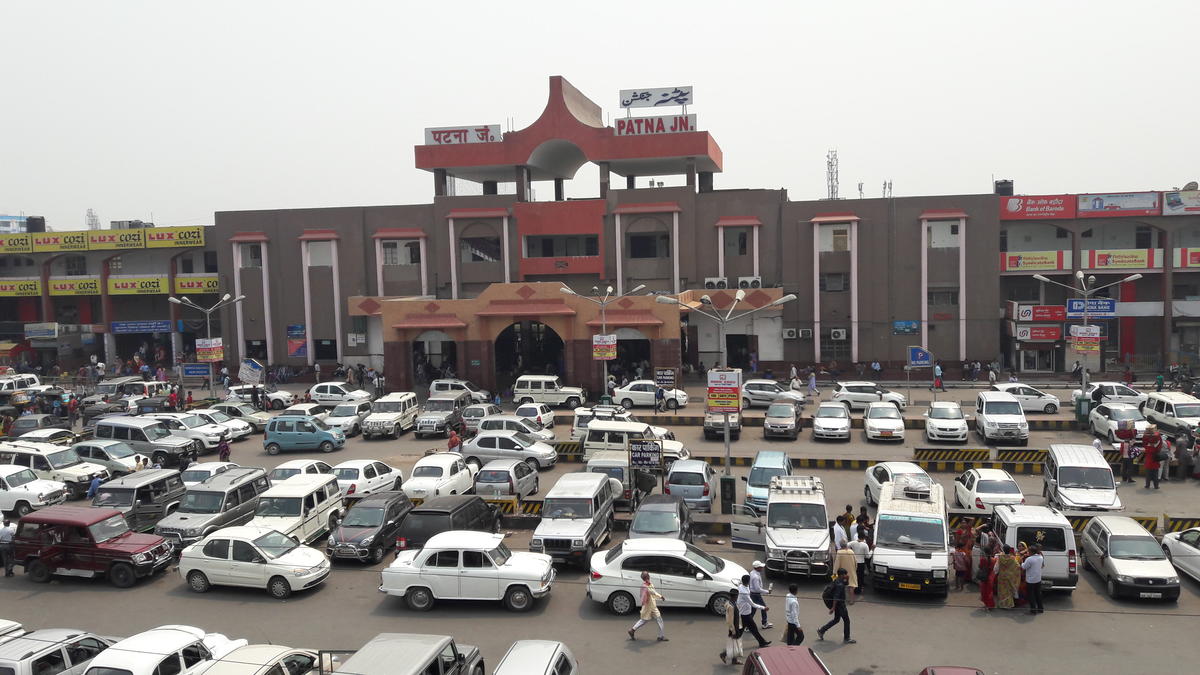 The Patna Railway Station again like all the others is one of the busiest stations even today. This is the busiest rail route that generally lies between New Delhi and Kolkata. The Patna railway station is also well connected to the other major Indian cities by the railway network and the major station of the east central railways.

Itarsi Railway Station is also like all the others, is considered to be one of the busiest stations in Madhya Pradesh. This is a train that is believed to have a stoppage of 330 trains daily and consists of seven major platforms that are very well connected with the other rail routes of India. 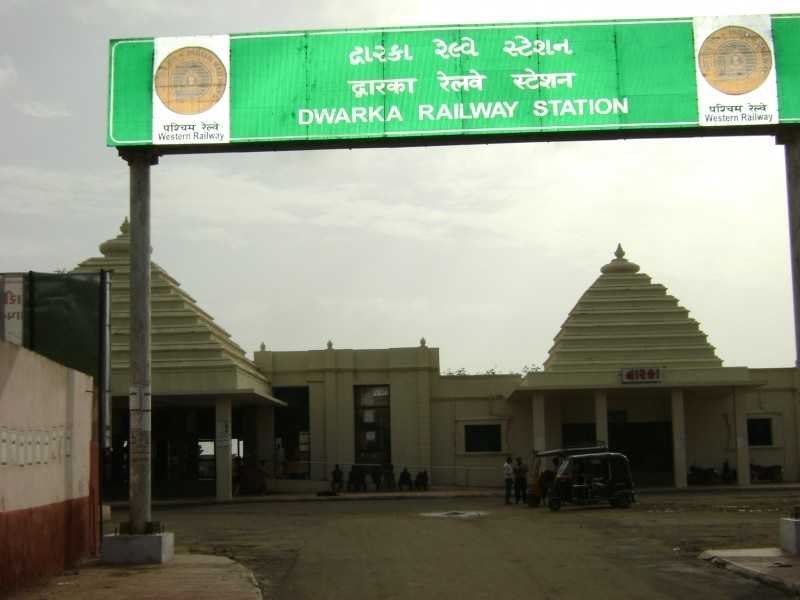 The reason why Dwarka Railway Station is in the list is because because of its structure. One can easily get confused with the temples in the town but let me tell you that it is a railway station and not any other temple. 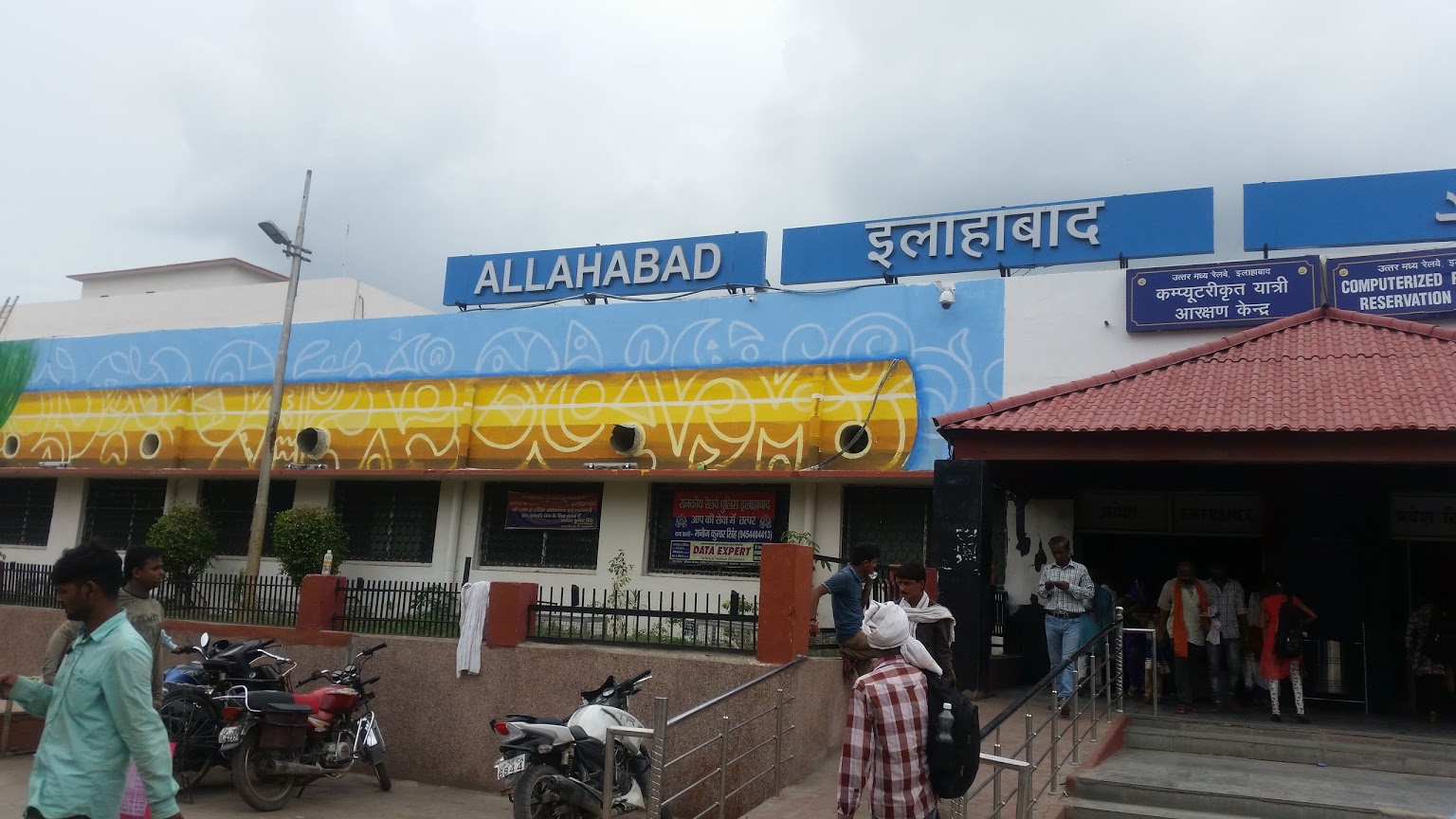 The Allahabad Railway Station is the second most busiest station in Uttar Pradesh, and is among the top hundreds of the booking station in the Indian Railways. Most of the fastest trains in India like example the Rajdhani Express, Duronto Express pass through this junction.

Kalyan Railway Station is generally believed to be one of the major railway stations of Mumbai, and is the third largest busiest stations on the Mumbai suburban railways. There are around eight platforms in this railway station serving the suburbans and the long distance trains. 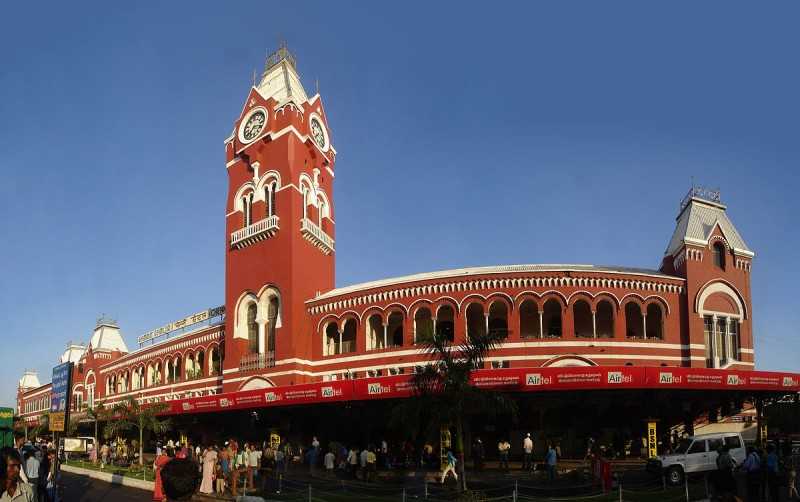 The colourful paintings on the wall of Gandhidham Railway Station in Gujarat, are the ones that have been beautifully showcased to the rich culture and the treasure heritage of Gujarat and Kutch. This is again one of those railway stations that the tourist must not forget to visit

Secunderabad Railway Station in Telangana, is something that has been reviewed with Cheryl scroll artworks that beckons its passengers to the twin entrance case of the station. They include the paintings that trace their origin from the cheryl village that is located near Warangal, and have spruced up the entire walls of the platform and the waiting hall with some of the best paintings.

So these were just a few. But there are a lot many to go. What other stations would you like to add to our blog above? Leave your comments below and we will be happy to add them to the blog above.

Check out the famous itineraries of Luxury Train in India – 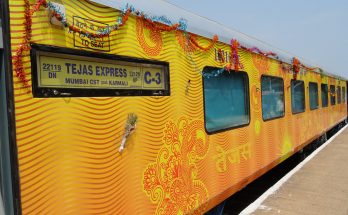 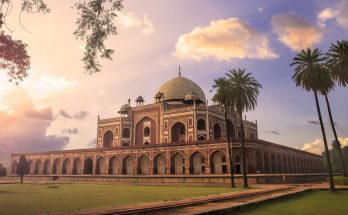 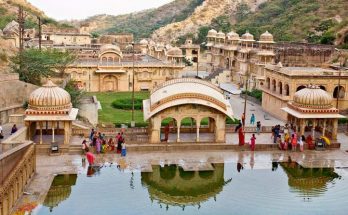 This is a consequence of the fact that the fetus is not genetically identical to...